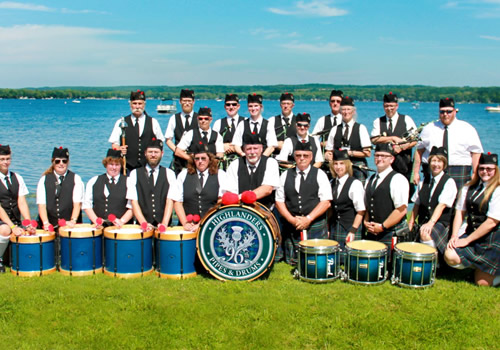 The 96th Highlanders Pipes and Drums Inc of Jamestown, NY is under the direction of Pipe Major Pamela Silver. They are proud to represent Jamestown, NY and Chautauqua County in all events they perform in through-out the year. 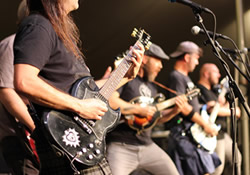 Pittsburgh-based Bastard Bearded Irishmen is one of the most entertaining and energetic live shows today. Their sound is an original, ferocious blend of traditional and contemporary Celtic music, mixed with punk, gypsy and high-energy rock n’ roll.  They’re hard-partying and always in good spirit! 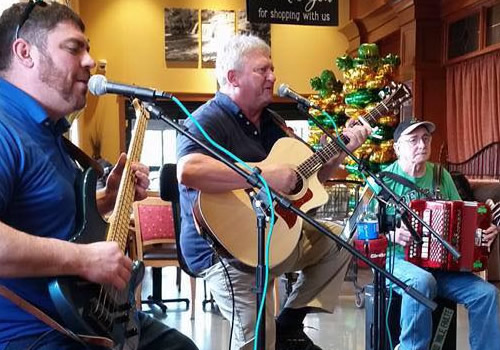 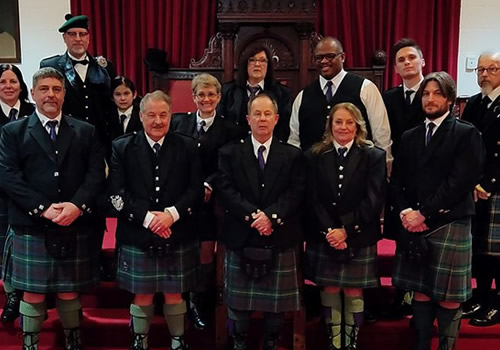 One of WNY's newest pipe bands, BNSS is dedicated to strengthening Scottish pride in the region through the art of playing bagpipes. They welcome newcomers of all ages. 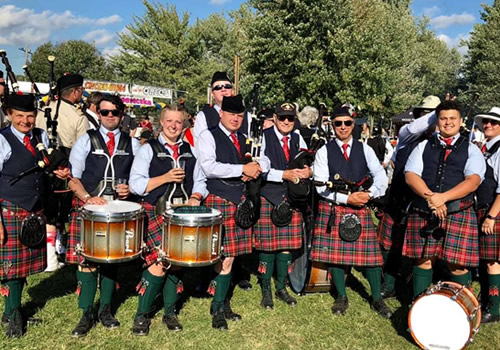 The Caledonian Pipe Band of Buffalo was formed in 1958, and is a family-based organization. They field in Grade 4 and Grade 5 competitions. 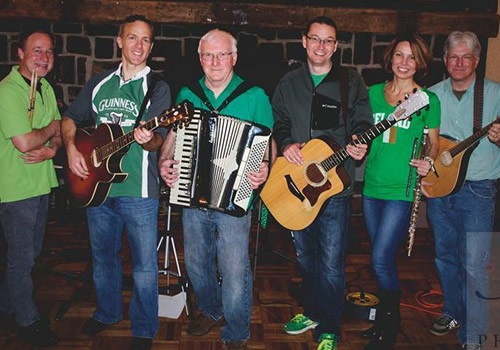 Catch and Release is a 5-piece high-energy Celtic influenced band out of Rochester, New York. They cover both traditional and modern Celtic/Irish songs, as well as some standards, polkas, and even a few surprises. The band adds its own styling and rock beat to these tunes to provide the audience with a fun and engaging listening experience. 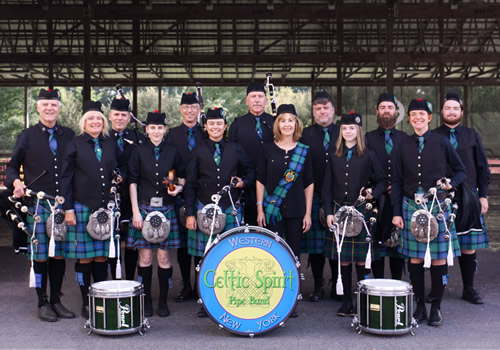 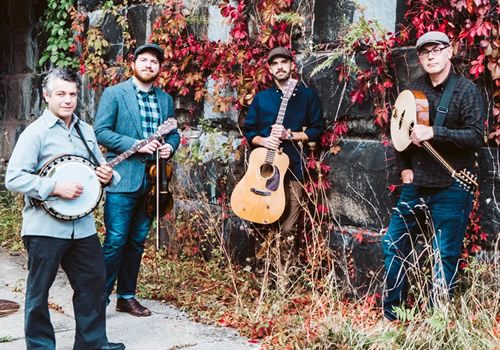 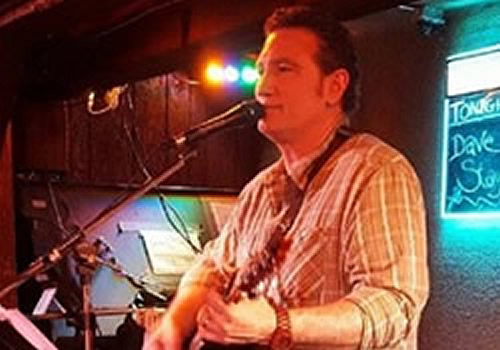 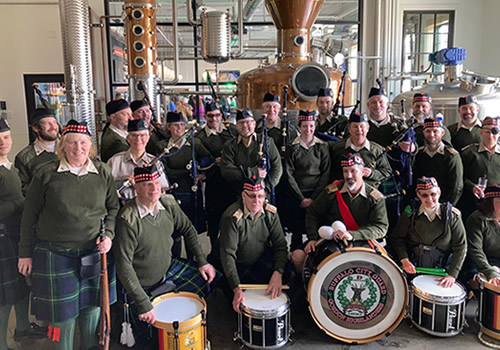 The Gordon Highlanders were formed in 1837 in defense of the City of Buffalo. They are the oldest continuing organization in the City of Buffalo, this year celebrating their 175th anniversary. They march in parades all across Western New York and participate in many community activities. 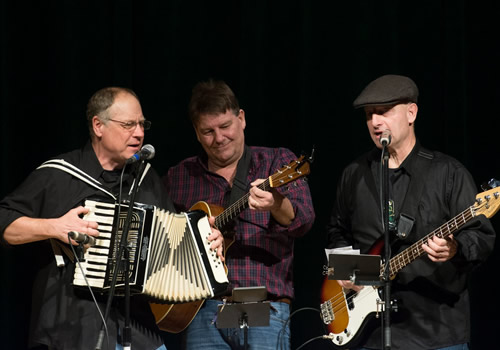 The original Feadán Òr performed for about 18 years, and was one of the most known bands in the area. Their newest incarnation's aim is to promote traditional Scottish bagpiping, drumming and dancing, in performances and through teaching (they also offer lessons in all three skills). 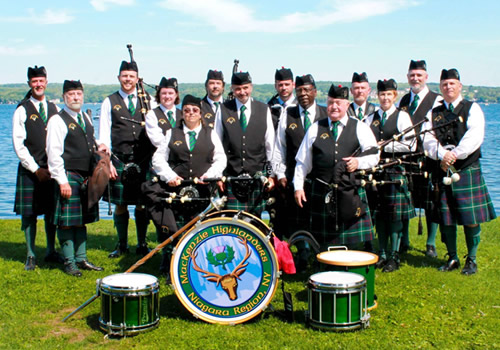 With roots dating back to 1913, the band has had many incarnations over the years. Now the tradition continues... The MacKenzie Highlanders' offer free bagpipe and Scottish drum lessons to all interested in becoming a member. 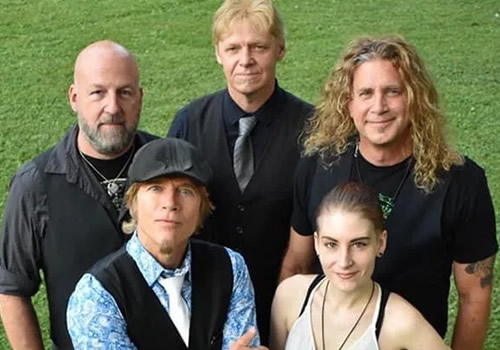 Born in the days before alternative was a marketing term, McCarthyizm soon became a band known for blending 60’s garage and 80’s underground rock with strong melodies and intelligent lyrics. Add some raucous rhythm and a tasty measure of Celtic flavoring and you’ve got a cocktail with a punch that delivers one helluva good time, all the time. 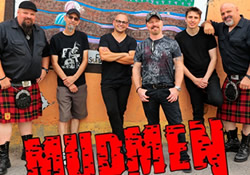 Always entertaining and definitely unique, The Mudmen are a blast of Celtic energy whose members are known to be characters both on and off the stage. They are  Canada's Celtic Rock Warriors who have legions of fans worldwide! 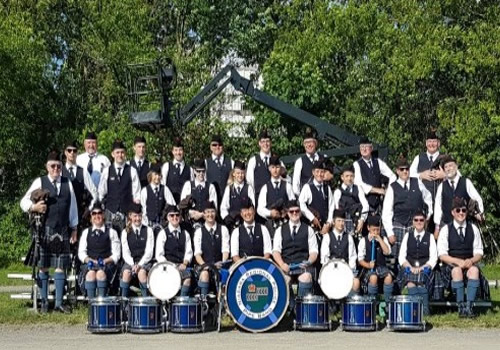 The Niagara Regional Police Pipes and Drums is located in Niagara Falls, Canada. They perfom locally and across Canada and the USA at Scottish Highland Games and other Celtic events, both as a concert and competition Pipe Band. 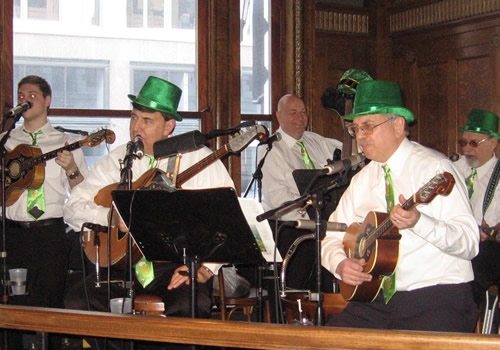 A traditional Irish music band that is entertaining and fun. Plays throughout the Buffalo, NY area. 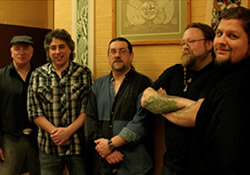 Penny Whiskey is a group of fun loving folks who truly have a good time doing what they love most…entertaining. They offer the best in acoustic music from Ireland & Scotland, along with home grown bluegrass and folk influences. With audience participation songs, rousing pub sings, comedy tunes and tearful ballads, Penny Whiskey offers something for everyone. 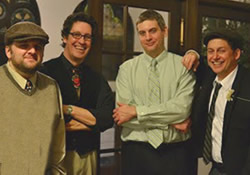 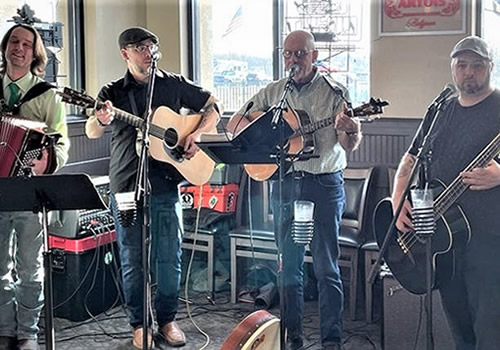 The Reardon & Garvey Band performs traditional and contemporary Irish music, American Folk tunes, and some new contemporary songs. With the combination of 3 and 4 part harmonies and instrumentation, they keep audiences highly entertained. 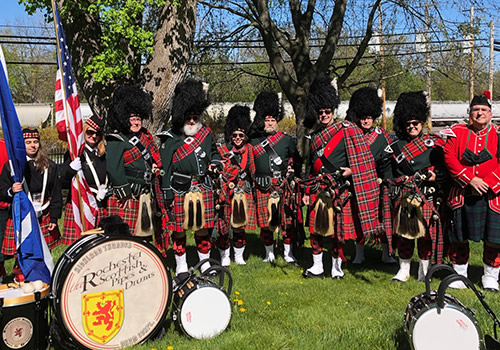 The Rochester Scottish Pipes & Drums is the city of Rochester’s Celtic Ambassador to the world, carrying its unparalleled tradition forward into the 21st Century. The band has greatly expanded its repertoire to include both traditional martial music and more modern tunes. 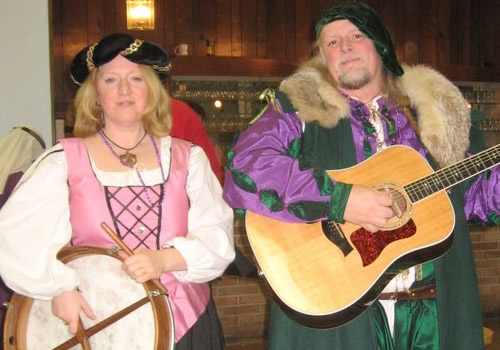 Their diverse repertoire of Celtic, seafaring and music from the 14th century to now is performed with outstanding vocals and varied instrumentation, including: Guitar, Pipes, Whistles, Concertina, Bouzouki, Bodhran, Harmonica, Flute and Recorder. Performances full of energy and humor are their hallmarks. 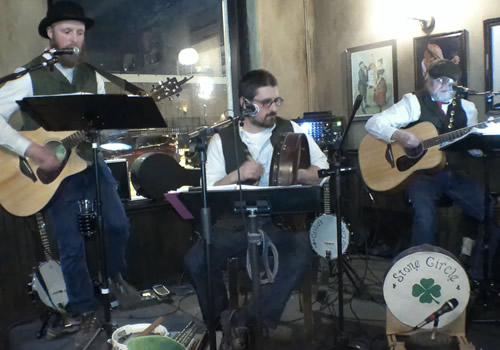 Stone Circle is a contemporary and traditional Irish Pub band well known to the WNY region. 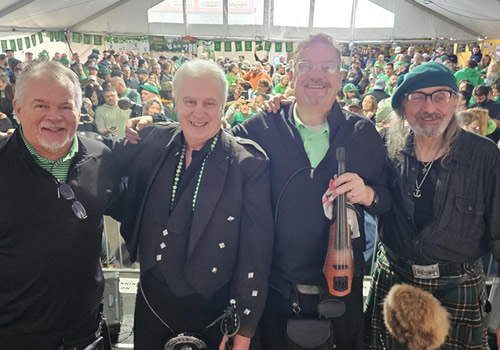 Firmly dedicated to preserving Scottish and Irish heritage through song, Tom Keefer and Celtic Cross delivers music from their ancestors. Having played all over New York, in Pennsylvania, Virginia and Canada, they are "road-ready" for Celtic entertainment. 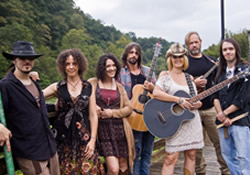 Combining primal rhythms, melodic and ethereal ballads, screaming guitar riffs with an Appalachian/Celtic vibe, Tuatha Dea delivers an authentic tribal and clannish feel that not only draws the audience into the music but into the moment and clan as well. They embrace their Celtic heritage and mesh it with their own bold blend of mainstream rock, mountain drumming and Appalachian blues to produce a truly unique sound that has a universal appeal!

Music and dancing at the Fireside is nearly non-stop all weekend, from local favorites to international rockers. It's the home for the Saturday Evening Ceilidh, and will be surrounded by lights, food, ceremonial fires- everything you love about Niagara Celtic!

Music is alive at the Dagda Faire! The Dragonfly will host a variety of musical acts, all with the goal of keeping the Dagda's atmosphere full of fun and excitement!

Celtic sounds originated with solo performers, small bands and groups. The Celtic Arts Theatre honors their modern counterparts who blend musical traditions and sounds with a touch of their own style. The theatre is our only indoor stage, and offers food and restaurant-style seating.

This quaint wood arena has built in bleachers and a roof, allowing seating like you've never before experienced at Niagara Celtic. Enjoy dancers, pipe band showcases, unique demonstrations and more!

This small, mainly accoustic stage is big on passion. Performers fill The Great Hall with Celtic and local sounds, at select times daily.